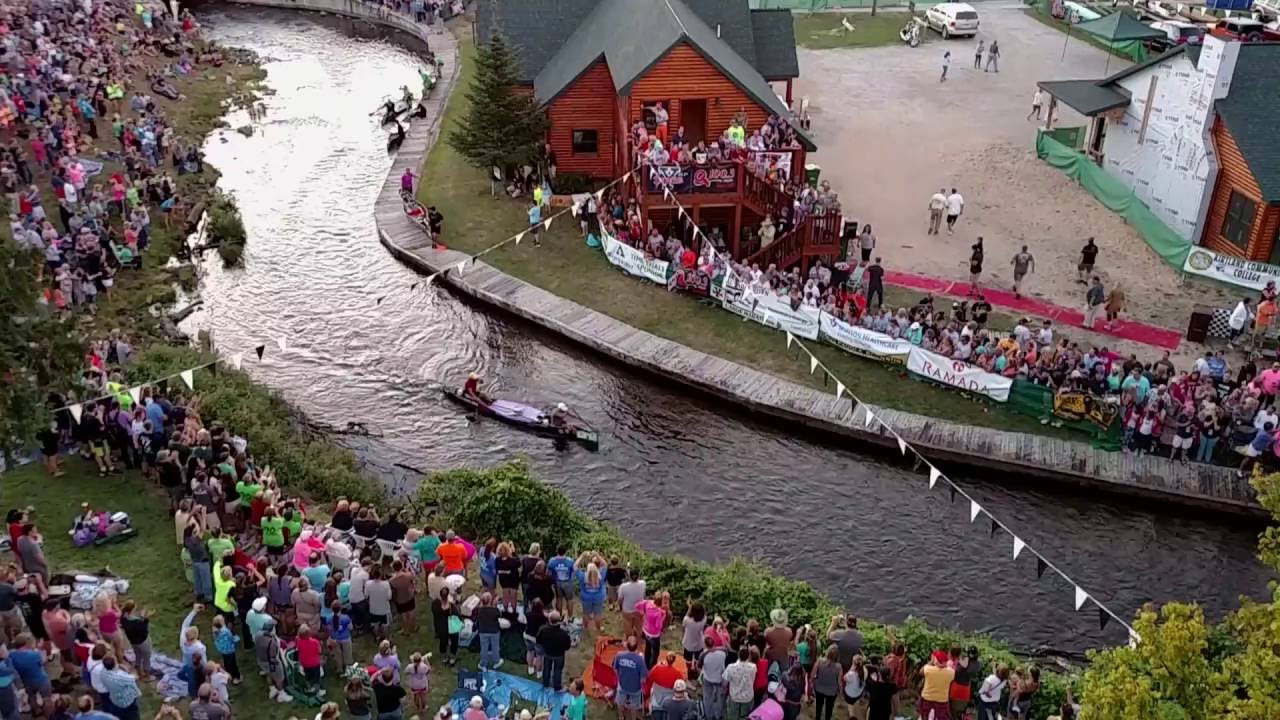 The 70th annual running of One of the Greatest Canoe Races on Earth – The AuSable River Canoe Marathon – is upcoming July 29-30, 2017.

Known by its legions of die-hard fans simply as “The Marathon”, this event is one of the original ultra-endurance events in North America. The Marathon is also the middle leg of the Triple Crown of Canoe Racing. New York’s General Clinton Canoe Regatta, staged Memorial Day, and Quebec’s Classique internationale de canots de la Mauricie, staged over the U.S. Labor Day weekend complete the Triple Crown circuit.

More than 50,000 frenzied fans will cheer & urge on on the tough competitors in The Marathon at various points along the course. First, when the starter’s gun sounds at 9 p.m. Saturday night in Grayling, the teams dash with their canoes through the downtown streets in a thrilling LeMans-style running sprint to the river.

The start of the AuSable River Canoe Marathon has often been referred to as the most intense, exciting several-minute happening in all of competitive sports.

The two-person teams race 120 miles non-stop for 14 to 19 hours & over 50,000 paddle strokes on the AuSable River from Grayling, Michigan to Oscoda, Michigan, on the shores of Lake Huron.

They will battle darkness, weather conditions, river obstructions, illness & sheer exhaustion while charging down the river at a torrid pace of 50 to 80 paddle strokes per minute.

Thousands of fans travel to viewing locations at public access points, bridges & the six Consumers Energy hydroelectric dams that the teams must portage during the race.

Many riverfront homeowners host Marathon Parties for friends & family. The most die-hard fans follow ALL of the race – 120 miles & 14 to 19 hours to the finish line.