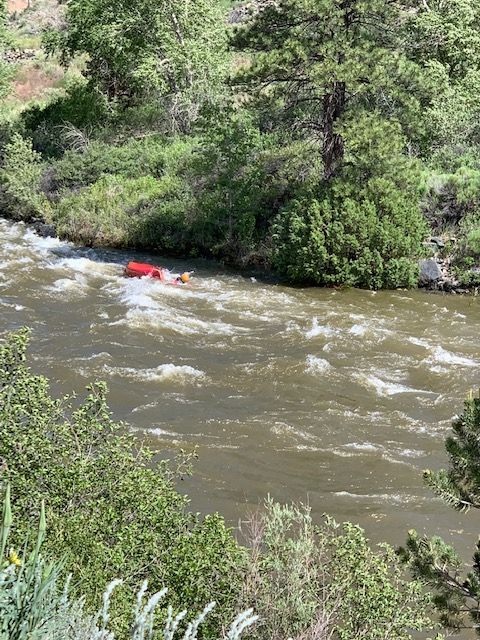 Jeff Owen usually posts the fastest time of the day for his canoe racing efforts. This was not the case for his OC-1 downriver race at the American Canoe Association’s Whitewater Open Canoe Downriver National Championships on the Arkansas River in Salida, Colorado held this past week. There is a good reason for this as Jeff stopped racing twice during his run to help fellow competitors get their capsized canoes to shore. As a result, Jeff’s time was not as fast as it normally would have been. By assisting his fellow competitors Jeff demonstrated that he is a true competitor in all regards . The photos provided by Elizabeth Kerwin show Jeff in action during his OC-1 run and rescue. Good job Jeff!!! 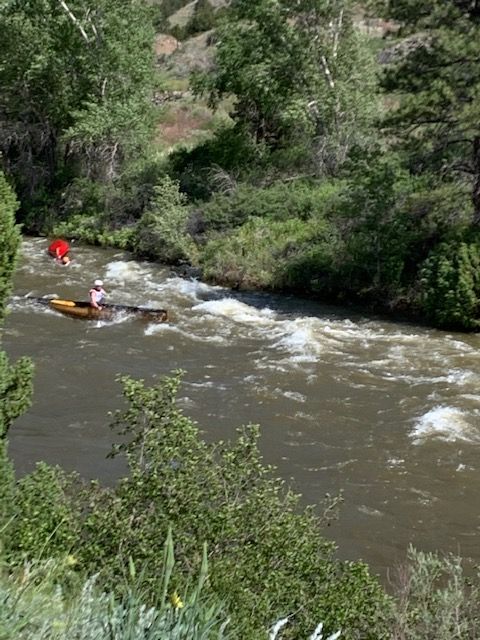 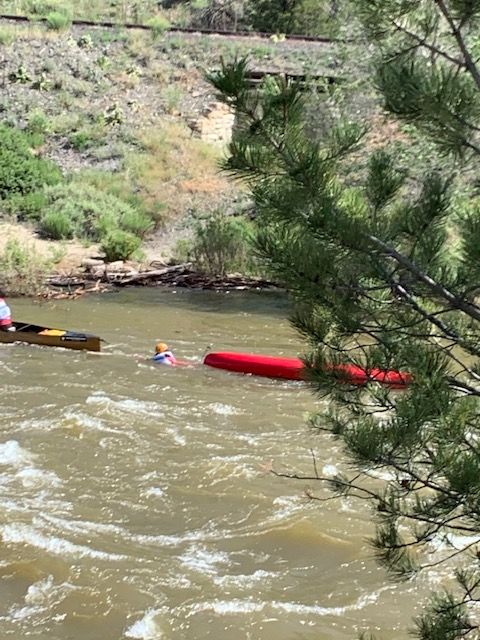